They are we: what I learned from teaching inside a prison. 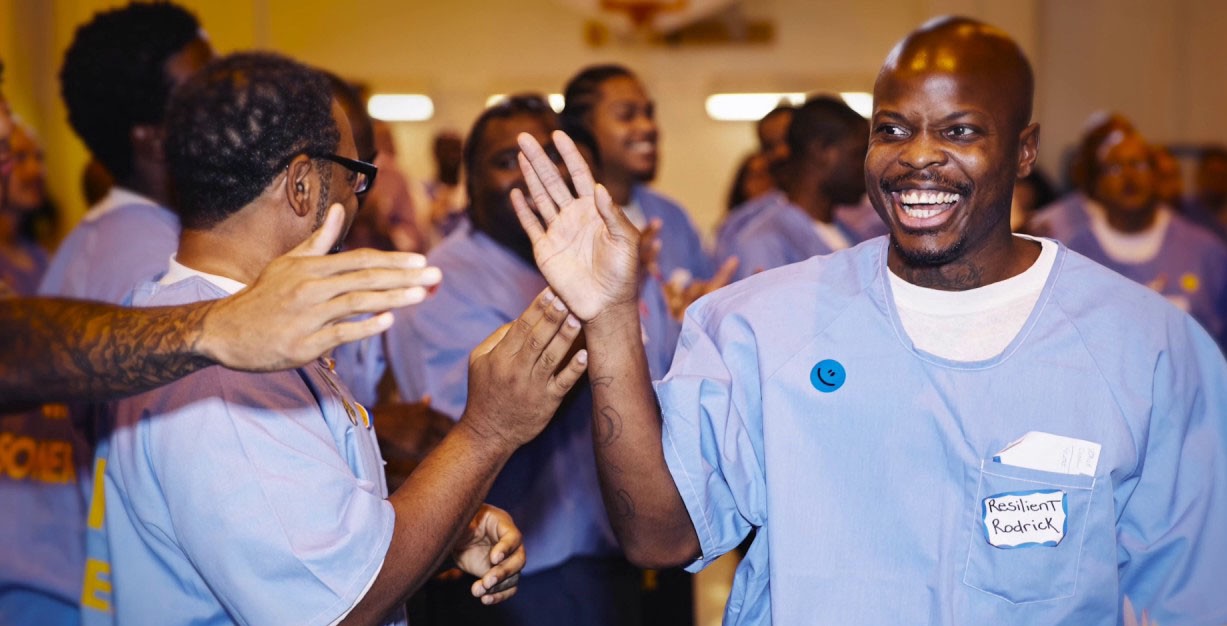 This is a story about my journey to and through Wallkill Prison a year ago today.

10,000 people are released each week from prisons across the country and the majority will struggle to find any kind of employment. What are we doing as a society to heal and replenish years of life that have been lost in prison? How are we helping people when they get to “go home” when they have no home and no money?

I recently read about Defy Ventures, a nonprofit startup giving entrepreneurial training to people in prisons across the U.S. I’m inspired by Defy for many reasons:

They go inside prisons and also work with people after they have left prison to start businesses.

They are growing very fast.

It was originally started by a white woman.

I was talking with a Chicago friend about Defy and as it turns out, she went to college with the founder… perfect.

Two days later, I was on the phone for an hour with the program leader. She invited me to visit one of their prisons near New York City to offer business design, entrepreneurship, and resume teaching and feedback to their Entrepreneurs in Training, or EITs — otherwise known as people who are serving time in prison for a crime.

I was scared yet knew I had to go. I was beginning to envision how it would feel to go into a prison and offer one-on-one feedback. One of my favorite things to do is to teach but would this feel different? Did I have anything relevant and valuable to share with them?

According to The Guardian, the state of Louisiana is doing away with in-person visits and offering only Skype-based connection with loved ones. Defy is filling broken gaps like this in the justice system by starting while people are still in prisons across the country to provide real human connection, mental fortitude, grace, and empowerment.

A few days later, I was committed to going to Wallkill, a medium security prison two hours north of New York City. I learned that it takes $800 per EIT for the program and that the recidivism rate of EITs drops to less than 5% after going through a Defy program. According to a Bureau of Justice Statistic study, state prisons have a five-year recidivism rate of nearly 77%. I had to see this for myself. If the Defy 5% statistic is true, this organization is able to essentially revive a person’s ability to live a free life for less than a thousand dollars.

After submitting some paperwork, completing a background check, watching a 30-minute training video, flying to NYC, and boarding a bus at 7am in Soho, there we stood in the front room at Wallkill. I knew that prisons represent one of the biggest social issues of our time. My heart was exploding with fear and gratitude for having the chance to enter into this experience. I was among tech startup founders, the past President of the New York Stock Exchange, a partnership lead from Lyft, management consultants, a hospitality marketer, and hedge funders. An impressive group to say the least.

As we waited to get our hand stamped, licenses checked, and walk through the metal detector, I felt fearful of what I might see. Was I prepared? Was I good enough? What will it smell like? How bad is it… really? I was struggling with questions of good and evil that most people here have seen or been part of. How should I behave? Should I be happy or sad? What parts of me should I share?

We went up some stairs and down some more stairs through what felt like a maze past some guards on our way to the prison gym. The halls smelled like cigarette smoke and musk of the old building. As we walked into the gym, EITs were surprisingly cheering and excited we were there. High fives were exchanged all around as we were welcomed with music and dancing. It was strangely nice. There was optimism. We sat in rows of chairs in front of a hand painted mural about 9/11, listening for what the day had in store. I was thinking about the fact that we are there for about six hours, and then we leave. But they stay. I wanted to bring my “A” game.

A few coaches and EITs introduced themselves in front of the room and then we spent about an hour on something called Step to the Line. It’s a simple exercise where EITs are on one side of the room facing the coaches on a line right across. The posture made it easy to shake hands as we learned about each person’s story. By stepping towards the line if statements are true about you, and stepping away if a statement is not true about you, each person’s location told the story of whether we had each earned a high school diploma, been born out of wedlock or to a teenage mother, had less than 50 books in our home growing up, whether one parent had been to prison before and so on. Each statement taught us about what was common and shared experience and what was not. I learned that many EITs didn’t grow up with books in the house. I learned that most everyone in the room was trying to forgive themselves for something they had done. And, that most of us are struggling by overcompensating for inadequacy we feel we have in our own life. I locked eyes with one 20-something young black man for about 30 seconds. His spirit was kind. He was centered.

By this time in the day, there was so much shared kinship in the room. I continued to think about the fact that many EITs were there due to systemic racism and timing. Many of us in the free world have done things that are arrest-worthy but went without being seen and without justice being served as the criminal justice system would warrant. Yet it is true that many in the room have committed crimes that certainly deserve justice to be served. However, once justice is served, there should be a system in place to empower newfound freedom. Again, why aren’t more people thinking about this? After all, keeping a person in the state of New York in prison costs $60,000 per year when they could be earning a salary equal to this, or possibly more based on experience, and paying taxes rather than using taxes. Why isn’t this a bigger deal? In New York City according to this article, the annual cost per inmate is $168,000. How is this happening?

I was so moved by Step to the Line that I could have continued talking with EITs the rest of the day about their life and choices. I was deeply curious. And for the first time, I felt I had an opportunity to ask those questions that I’d never felt comfortable asking. How did it feel to be at the scene of a murder? How do you reconcile knowing you are sentenced longer because you are black? One man shared he’s often moved to tears. He said it’s been hard for him to find friends since he’s such an emotional person. As I write this, tears stream down my face again.

This was a sacred space of shared understanding.

After a styrofoam lunch break, we coached 10 EITs by pairing up. We talked through each resume and gave feedback, listened to personal statements for potential employers, and reviewed business ideas. I met 50-year-old Sterling who was sharing his business idea for the very first time and was nervous. I met a 36-year-old black man with nine kids who longs to be with his family again. He told me about the time that he took 20 pizzas to his son’s school to surprise the class. I met 40-something Shawn whose wife died in his arms of a brain aneurysm and he got caught up using heroin after owning a successful construction company for years.

EIT business ideas ranged from fitness training to pet care. I’m impressed that Defy encourages EITs to start businesses that require little capital. For example, if they want to start a fitness business, they should start as a trainer and work towards a facility with hired staff. My favorite idea was a greeting card catalog company. This EIT has been drawing artful cards for years that can be mailed to loved ones from prison. His idea is to create a catalog that those in prison can order from since card options that exist now are “just so eighties” as he says. I told him about the Threadless business model. Artists could potentially submit ideas and people could vote for the best designs.

To round out the day, EITs voted with raffle tickets for which coaches among us had the best feedback. This was a way to turn the tables around and have some feedback on how we did. For those with lots of tickets, this was a signal we as coaches did well. For those with less, well, that meant the EITs didn’t get as much learning from their session with you. I was pleased that my friend and I ranked #2 and #5 among the group — a programmatic nod to the knowledge Defy has about the competitive spirit of tech founders, finance people, and designers. I wrestled with the tension of my competitive spirit overrunning the shared experience of the day.

When we got back to the bus to ride back to Manhattan, I had to close my eyes and meditate on the day. My head was spinning. This program is about forgiveness and love. They are we. There is no longer an “us versus them” mentality in my mind. Now, I have even more questions about how much we can do to be part of the healing and redemption. I hope you do too.

P.S. If you are moved to do something, give $800 to Defy by the end of the year so they can offer this program to more people. Also, sign up for The Marshall Project daily email, a nonprofit media organization that covers the U.S criminal justice system.

Previous Amplifying the subtle genius. Next It can’t sound like school: designing a curricular tool for real-time value.

Let's build something great together.

We design learning strategies and tools by partnering with organizational and institutional leaders.